A team from the Technical University of Munich has topped previous hyperloop speed records with a capsule that hit 467 kilometres per hour, at a competition run by SpaceX.

The WARR Hyperloop team, made up of over 40 students from the Technical University of Munich, raced their prototype in the Hyperloop Pod Competition, held at the SpaceX headquarters in Hawthorne, California on 22 July 2018.

It is the third time the aerospace company — headed by billionaire engineer Elon Musk — has run the competition, and the third time WARR Hyperloop has won.

By reaching a top speed of 467 kilometres per hour, the team beat the record they set at last year’s competition by almost 50 per cent.

SpaceX’s Hyperloop Pod Competition challenges university teams to build the best capsule for its high-speed transportation system, first mooted by Musk in a white paper in 2013. As a point of difference to previous competitions, the 2018 competing pods had to be self-propelled.

“That was optional in the previous years; it was also possible to use SpaceX technology,” said WARR Hyperloop team leader Gabriele Semino. “But we’ve had our own drive since 2017. This meant we were able to further develop our concept in principle.” 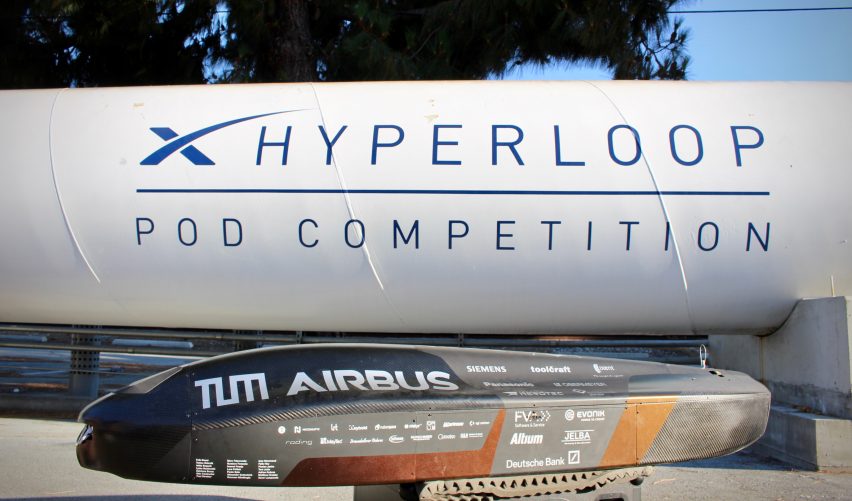 He said for this year’s entry, the team focused on reducing weight while increasing drive performance. They built the shell from lightweight carbon fibre-reinforced composite materials and designed a more aerodynamic shape.

“The tube in front of the SpaceX building in Los Angeles is only 1.2 kilometres long, and the pod has to accelerate to full speed and then brake again within this distance,” said Semino. “This is a gigantic challenge. Our pod accelerates five times faster than an airplane during take-off.”

The previous record for a hyperloop pod among competing companies working on the same technology — Musk open-sourced the design back in 2013 — is 387 kilometres per hour. That was reached by Virgin Hyperloop One at its 500-metre DevLoop test track near Las Vegas in December 2017.

This year the Hyperloop Pod Competition invited entries from 18 teams across the USA, Europe and Asia.

Pods not yet capable of carrying passengers

At just two metres long and 30 centimetres high, WARR Hyperloop’s pod is not fit for human transportation and can’t be directly scaled up.

“The technology is still in the development phase and our prototypes are built with the initial objective of testing various technologies,” said Semino. “However, this way we can contribute to making the hyperloop vision a reality one day.” 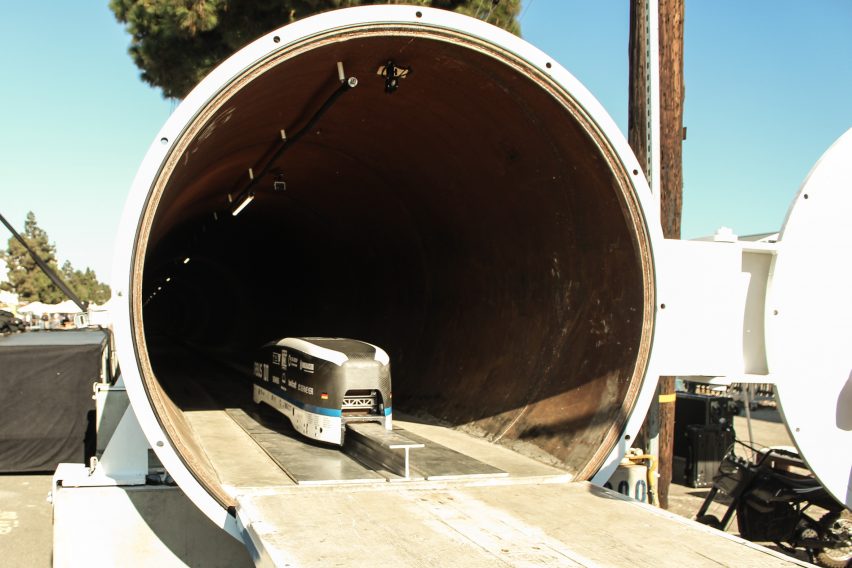 The pod, which is not yet scaled to be large enough to carry passengers, was tested along SpaceX’s track in California

For this reason, the team also built a second pod to showcase its levitation and frictionless drive systems.

The idea of hyperloop transportation has captured the imagination of some of the world’s top engineers, architects and designers over the last five years. Foster + Partners and BIG are both collaborators with Virgin Hyperloop One, which is working on a system to connect Dubai and Abu Dhabi in 12 minutes, while PriestmanGoode has designed cabins for Hyperloop Transportation Technologies, which is conducting feasibility studies in India, Europe and the USA.

Apple Watch Series 4: Everything you need to know

Boston Dynamics to start selling SpotMini robot as soon as 2019